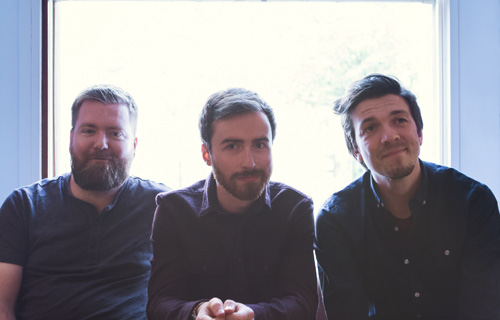 Rugby-based band Speak, Brother have been compared to Athlete, Ben Howard and The Swell Season. Their debut EP earned them airplay across the UK and a rapturous reception from industry and fans alike. The band played an extensive 2015 calendar of over 100 gigs at venues and festivals all across the UK, including Wychwood and Greenbelt, and they were invited as featured guests at the final of the national Open Mic UK competition.

The band have more than a hint of Mumford about them, but still demonstrate variety on this EP. Opening track Slow To Now uses acoustic guitar, piano and a military drumbeat along with layered folk harmonies to build a likeable tune with warmth and a feel good factor. The single ‘Lions Roar’ was commissioned as Rugby town’s official song for the Rubgy World Cup , and endorsed by notable figures such as Wasps RUFC and The Matt Hampson Foundation. It’s stirringly anthemic with an excellent singalong chorus and would not be out of place on the TV as a Sports theme with a much larger audience. Final track, See For Miles, is a more stripped back and intimate song with a passionate vocal (from James Herring) backed by piano.

Speak Brother will be promoting the EP through a 2015 Tour of Homes. Fans can support  the group (and find out how to bring them to their back garden) through their Rocket Fuel Campaign at rocketfuelhq.com/speakbrotheruk
Light Runs After Us will be released on Good Friday, 25th March.