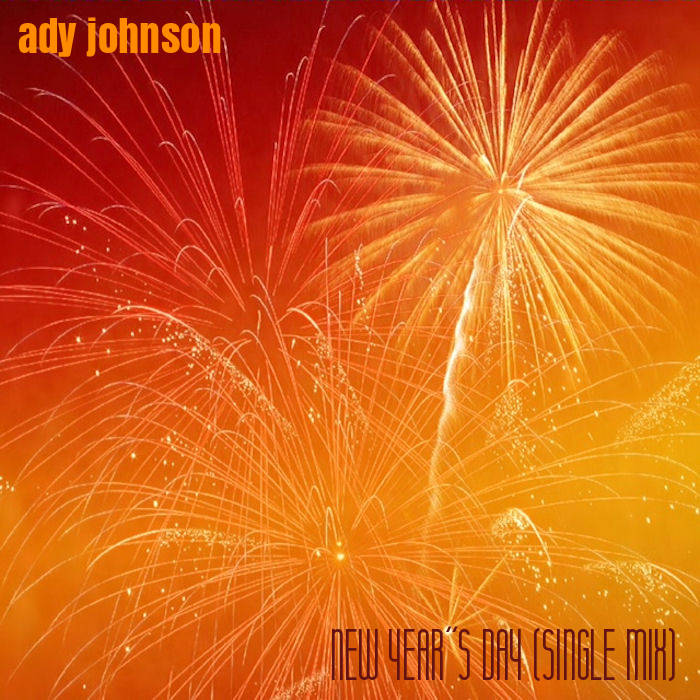 One of my favourite songs of the 1980s is New Year’s Day by U2, and although we get overrun by Christmas songs of varying degrees of quality, until now there have been few to rival the Irish band in New Year dittys.
However, a couple of weeks back Ady Johnson was thumbing through the scores of voice memos on his phone, where all his initial song ideas are planted and discovered a tune with the working title of New Year’s Eve, which was pretty much fully formed. With the New Year approaching, he thought it timely to get the song recorded and out there.
The demo was sent to producer Gerry Diver (now having completed a tour with Tom Robinson – who’s album ‘Only the Now’ he produced). He loved it and agreed to get it down and ready for release. Ultimately the track will be remixed in the New Year and included on Ady’s next full studio album. To quote Ady, “I’ve been working with drummer / percussionist Pete Flood (from Bellowhead) and want him to bring a more organic sound to the track. However, the studio mix we have here has a certain pop finish to it and I think works well as a stand-alone single.”
The intro and verses of New Year’s Day outline the meeting of two random people at ‘This Feeling’ – a club in London’s Brick Lane, during the New Year festivities. The chorus is the boy offering the song to the girl – sometime down the line after a relationship had developed from the encounter! It has a Beatle-esque feel to it (the feel of Ob La Di springs to mind) and there is a contrast of the more serious verse lyric with the slightly more playful and whimsical lyric of the chorus.
I love the line, “Here’s a knickerbocker glory nonsense song”, and the Ray Davies folksy vocal.  There’s a shimmer of strings and a fun mouth trumpet section. It’s a really upbeat way of kicking off the New Year!
Thank you to Ady for providing the background information on the song.