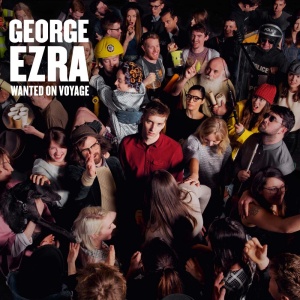 In a one degree of separation thing that you often get with someone that comes from your neck of the woods, I feel as if I sort of know George, and am thus trying to maintain an element of objectivity despite my pre-disposition towards feeling that my cup is half full with this album. Incidentally, I don’t know George, but a work colleague does. The story goes that a Columbia scout heard him playing in a pub in Bristol during his time at University and the rest is history. In an era of viral You Tubes, it’s comfortingly retro.
Let’s kick off by saying that George has an extremely low and bluesy voice, and at certain points goes even lower than the last low bit you heard, giving him a very distinctive sound. His single, Budapest, has a great “doo-bee-doo” sounding hook, and speaks the universal language of giving it all up for love. (I think “Castillo” is probably my favourite word of the moment).
Leaving It Up to You, a very sweet little number, shows that lyrically George has some observational skill. Spending time with an ex girlfriend “Walking past the buildings of an an architect’s un-imagination … til rudely interrupted by your half wit of a boyfriend who tries to call you”. And there’s a clever play on words with Cassy O, not a girl as you may imagine, but the personification of time (Casio – get it?!). “Well I got my tracing paper so that I could trace my clock, and the bastard face kept changing and the hands they wouldn’t stop”. It seems that time won’t wait for young George, and it certainly doesn’t seem to be, with two appearances at Glastonbury already under his belt.
Did You Hear the Rain? starts with some vocal rumbles from the deepest South and heads into a rather brooding backdrop where “Loose-ee-fair’s inside”. I have to say I do rather love some of his pronunciations, and in a similar vein the album finishes off with Spectacular Rival. On this track the voice is so unbelievably low it is (in Top Gear parlance) sub zero, an echoing background stabbed with a touch of off kilter strings, feeling like a proper grown up growl. And the lad is 21!
Truth be told, I prefer the moody and more musically complex parts of this album – there are plenty of one man and a guitar acts around and too much of that on an album gets a bit samey. But with a bit more life experience and pain in the tank, and his toolkit of skills (lyrical promise and the booming baritone), I’m expecting him to come up with something very memorable indeed in the future.