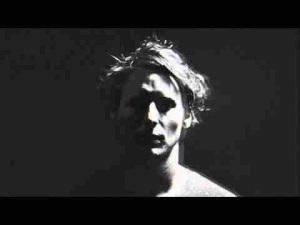 A couple of years back I sat down to watch The Brit Awards, and Ben Howard was a rare bright spark of talent amongst an otherwise pretty depressing array of musical “success” that year. Even so, I didn’t really bond with what I heard of his first album and feared this second one would be a little bland. How wrong I was.

This album is more of a mood than a piece of music, and a pretty intense and brooding mood at that. An Autumnal release that’s Seasonal Affective Disorder expressed by crochets and minims. It kicks off strongly with Small Things, with its reverb twang and jittery hyperactive guitar fingers, vocally reminiscent of Dave Matthews. Next up is Rivers In Your Mouth, the nearest thing to an upbeat track on the album, then on to the uplifting title track, which I find most endearing for the lyric “Hello love, the thistle and the burr”. It’s the kind of words you’d expect in a folk song, but it’s more about Ben losing track of life a little after the success of his first album, Mercury Prize nominated Every Kingdom. And the whole album has the feel of slightly confused and foggy attempts to cope with moving forwards, growing up, developing, whatever you want to call it, translated into complex layered sounds. There are few sonic booms. In gymnastic terms, the vocals are more of a graceful arabesque than a triple twisting back somersault, and there aren’t monster riffs or anthemic festival choruses. But there is a richness of sound, viscous and thick, that satisfies like a winter stew.
The End of The Affair is a song of pain and greatness. Softly murmuring about “Living without her, living at all, seems to slow me down” which then translates into an angry uptempo howl “Go to him, what the hell love?”. You wonder if some cataclysmic event led to this song being written. I give massive respect to anyone willing to put out a track nearly eight minutes long as a single. Who makes these rules about singles having to be short and catchy? We would never have had Bohemian Rhapsody if that was the case. It erodes musical magnificence. Seeing Ben perform this on Later was the deal clincher for me. He was the epitome of a music man, consumed in his rhythmical bubble, with little need to preen his hair or bother eyeballing the cameraman. A man bawling into his guitar – a goosebump moment.
I hasten to add that this album isn’t just about one big track. There are other fabulous nuggets. Dancing In Time starts “Wrapped up in dissonance, I’m sorry that I just walked away”. Who the heck uses dissonance in a song lyric?!? Then it goes on “But somewhere in history, your father pulled your teeth from your face” *gulp* That’s some pretty heavy love stuff going on there. And the closing track, All Is Now Harmed, starts with a rather lovely tippy tappy drum rhythm, which is lost as the track builds, but reappears as the final notes of the album gently finish.
The bottom line is that I wasn’t a fan before but after this album I am. Job done Mr Howard.