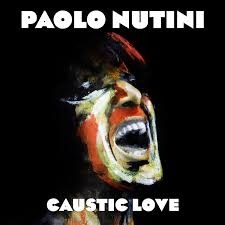 It’s five years since Paolo’s last album, Sunny Side Up. (Five years! How time flies!). I have to confess I wasn’t so keen on the Pencil Full of Lead stuff, but had debut album, These Streets, on repeat for months, so was very interested to see which way this album would swing me.
First single Scream (Funk your life up) is aptly named – a joyous number full of joie de vivre, that has a mood impossible to resist, with a rasping yell or two thrown in. In fact Paolo has the sort of voice that makes me want to chuck a tube of Lockets in his direction, so gorgeously gravelly is it.
The album finds him in that sort of late twenties mindset where he sways between wanting to settle down and think about grown up issues, then realises that he’s probably not mature enough to (“I’m not a grown up as such”). In Numpty he comments that “All the talk about the ring and the baby gets me every time. Am I big enough, am I strong enough to walk your line?” Then “I’m saying “Who’s that bitch with my second name.”” This is followed by Better Man, where he’s full on wrapped in the joys of a lovely lady and “wants to treat her like a real man can” (which presumably doesn’t involve calling them a bitch!). In Iron Sky you can tell in the first few tinkling notes over the bass line that something big is going to happen. He casts his mind big and wide at the small matter of love, hate, fear, religion, a philosophy of life if you like. Big horns, a rousing speech and an impassioned vocal (two tubes of Lockets required here) create a monster song, which may be his Champagne Supernova moment. Then we’re into a soulful groove with Diana. Thus the styles and influences change and move as we make our way through the album.
Paolo establishes his song writing credentials strongly in this album. In songs like Scream, Fashion and Cherry Blossom, he has faultless creations, and with the forays into soul, funk and rock, he has an impressive toolkit to display. I’m slightly puzzled by the interlude tracks, which are a bit of an oddity to me, but nothing can deny that this record is currently Number One and the fastest selling album of the year for a reason – talent will out.