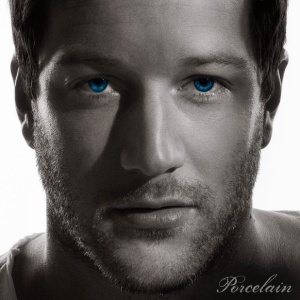 1) Matt Cardle – Porcelain.
The unfathomable workings of the current music scene mean that there are still people out there who don’t know how good this is! In consecutive years Matt has charted at 2 (Letters), 8 (The Fire) and now 11 with Porcelain – a tremendous achievement with so little air play from the likes of Radio 1, Capital and Heart, the last two albums being on independent labels. This is a varied “diamond in the smooth” collection of work which deserves far more public recognition. It’s good moments are sensational and you need it in your life.
Favourite tracks:
A Little Too Late, In Chains, Porcelain.

2) Arctic Monkeys – AM.
So this lot have appeared in my Top 5 of everything in the history of the world ever, and with good reason because this album is a tour de force. There’s a running theme of Alex Turner wanting a girl, but something always seems to get in the way, whether it’s him being high, her being with someone else or her not pouring him one for the road, you wouldn’t believe the obstacles! Lyrics to make you smile and ponder, guitar riffs to hook you in, The Arctics best album by far.
Favourite tracks:
Hard to go beyond the 3 big singles – Do I Wanna Know?, RU Mine, Why’d You Only Call Me When You’re High?

3) Josh Kumra – Good Things Come To Those Who Don’t Wait.
Josh came to the fore when he teamed up with Wretch32 and reached number one with “Don’t Go” in 2011. He has a husky bluesy voice which is like listening to the aural version of caramel slipping over your tongue. He’s a class act and with 17 tracks on this album, it’s by no means a skimpy offering. I love listening to this when I need some calm influences in my day, my “Kumra moments”.
Favourite tracks:
White and Black, You’ll Come Running, The Answer.

4) Rubylux – The World Goes Quiet.
Rubylux started their careers doing street gigs, often illegally, the tinkers! But it enabled them to introduce themselves to potential fans in a far more direct way, whilst pocketing a few notes from CD sales, which is always handy. I enjoyed the boys first album, Fake Control, but this one is a substantial yet natural progression and feels like a big stride forward rather than a small step. This group are also blessed with the hunk factor, their music is popular in a good sense, and all the ingredients are there for them to become a very successful band.
Favourite tracks:
Tell Me Where You Wanna Go, Sound of Light, I Don’t Want Paradise.

5) Ther Sunset Strip Club – The Sunset Strip Club.
I really can’t imagine why these boys decided to move from Hull to the South of France … No, I’m truly baffled … But whatever the reason and wherever they may be, their instantly likeable music was the surprise of the year for me. Debut albums can be decidedly patchy, with a large quota of questionable tracks, but this hangs together admirably. It will be interesting to see where they go from here, difficult second album and all that jazz.
Favourite tracks:
Creepy Angel, A Million Eyes, Einstein’s Theory.